Three Things To Never Say To Someone With An Eating Disorder

1.”Just eat.” If it was as simple as that, they would! To someone with an eating disorder, this statement is extremely invalidating and frustrating and conveys that you do not understand the severity and nature of eating disorders. Someone with an eating disorder is struggling with far more than a difficulty eating-oftentimes they are struggling with severe anxiety, depression, negative body image, low self-esteem, perfectionism, trauma, etc, all of which makes it incredibly difficult to eat. If they were able to simply eat, they would not be struggling so much. Oftentimes, people with eating disorders feel misunderstood, alone, and different from everyone else, so it is extremely important to convey a sense of acceptance, understanding, and compassion. It is much more effective and helpful to say, “It seems like you are struggling; How can I help?”

2.”You look good.” While you may be simply giving your friend or loved one a compliment, which you assume he/she would appreciate, the person with an eating disorder hears “You look healthy” which equals “You look like you have gained weight.” Individuals with eating disorders tend to be extremely sensitive, self-critical, and terrified of gaining weight, so any statement that could be interpreted as they have gained weight, should be avoided. To be safe, it really is best to not comment on their weight or overall appearance at all. It may be safe to comment on their hair, nails, outfit, or something not related to their overall shape, weight, or size, but avoid any comments such as, “You look so much better,” “You look so much healthier,” or “You look great.” Again, someone with an eating disorder hears, “You look heavier” or “You look fat.” 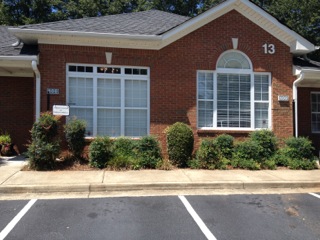